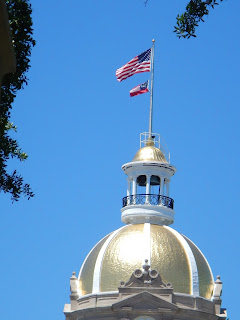 Besides being the unofficial start to summer, Memorial Day is a time to remember the men and women who died while serving our country in the U.S. military. It became an official holiday in 1971 even though it originated as Decoration Day after the Civil War.

I recently learned that every year at 3:00 in the afternoon is a national moment of remembrance. 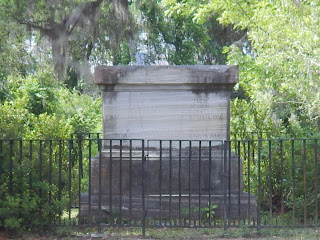 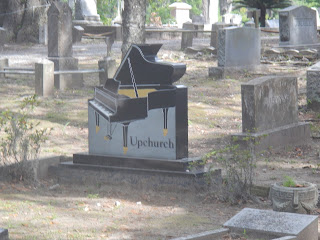 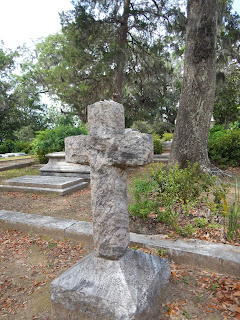 Whether you visit a cemetery, go to a parade, park, or the beach, I hope you have a blessed Memorial Day. 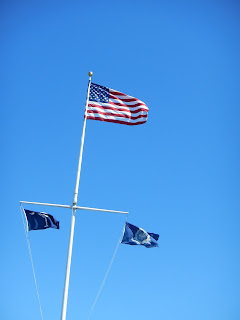 Peace In the Valley

I don't often give book reviews, but my friend Ruth Logan Herne has a new book out, Peace In the Valley. Ruthy is such a sweet friend, and this is such a great story, I had to share about it. 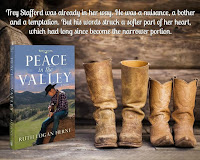 Ruthy is a talented writer who has published over thirty novels and novellas. She'll make you smile and cry, but you don't want to miss the fun. If you're friends with Ruthy on Facebook, you'll get to enjoy stories of her home and family. She has more energy than anybody I know. And did I mention she's sweet? 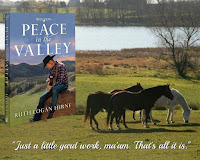 This is book three of the Double S Ranch series. It is the story of country music star Trey Walker Stafford coming home to Montana. Trey has a huge heart and always wants to do the right thing for others. His story will touch your heart. When I rate this book on Amazon, I'll give it 5 out of 5 stars.


It's almost summer, and if you're looking for a good summer read, please check out Peace In the Valley.

I read it on the beach. 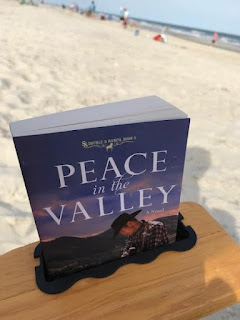 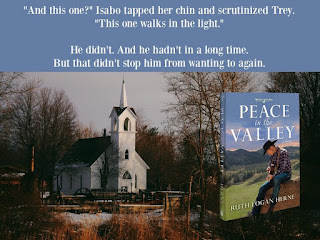 I recently met Chris in Pawleys Island, South Carolina. The lady who introduced us told me right away that Chris was a war bride on the first ship of brides to come over from Europe. 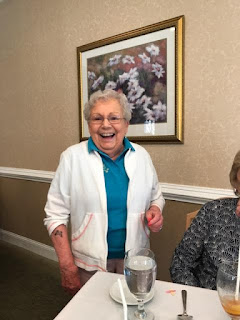 Chris told us most of the women on her ship were so seasick they couldn't leave their beds. However, she was not affected. She helped care for over thirty of the children traveling with them. She was one of the few passengers who showed up in the dining room for meals, and the servers began to call her Butterfly.

To this day, Chris might remind you of a butterfly. With a smile, she moves from table to table in the dining room at Lakes of Litchfield. At ninety years old, she spreads joy and always has a fun story.

This year Chris turned ninety and fulfilled a desire on her bucket list. While in California, she and one of her granddaughters went to get tattoos. Her granddaughter got one on the back of her shoulder, but Chris wanted to be able to see hers and has it on her arm. In case your curious, they got butterfly tattoos. 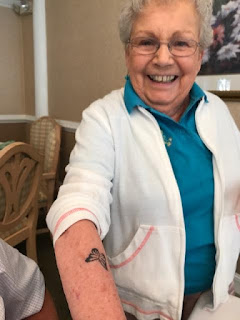 Stop by next year when I share what Chris does on her 91st birthday. 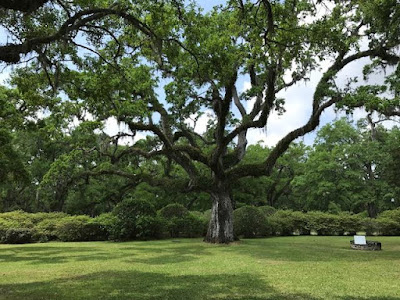 I recently attended my first garden party at the lovely Chicora Wood Plantation. The original name was Matanza which is thought to have been named for the Allston slaves that came from Cuba. In 1853 the name changed to Chicora Wood from the Chicora Indian Tribe of South Carolina.

Moss draped the oak trees scattered around the plantation. The plantation is around one thousand acres including the turf farm and ricefields. Located on the property are the Smokehouse, Summer Kitchen, Carriage House, Driver's House, Rice Threshing Mill, Gatekeeper's Cabin, School House and Shipping Barn. The Pee Dee River borders the property. 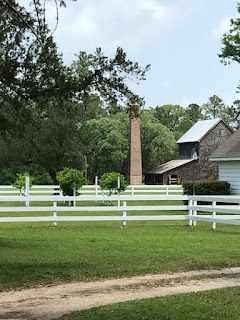 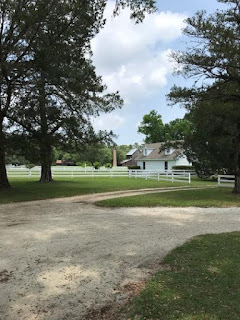 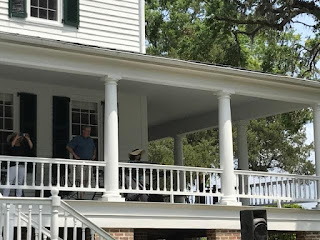 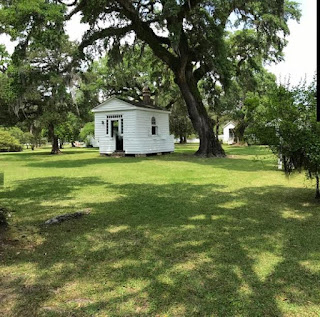 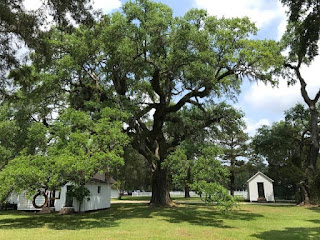 When we arrived to the garden party ladies passed Hors D'oeuvres of Black Pepper Crackers with Pimento Cheese and Homemade Cheese Straws with Vermont White Cheddar.

The luncheon consisted of baked tomato pies and quiche with mesclun greens. Both were delicious. (I had never eaten a tomato pie before moving to South Carolina. You can find them at many restaurants and even produce stands and grocery stores.) 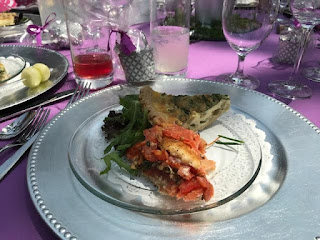 Next we were served a "Trio Medley of Salads" which incluced Roasted Chicken Waldorf, Shrimp Louis and Pear and Apple Tossed with a honey vinaigrette. And since we were at a rice plantation lunch ended with "Southern Style Plantation Rice Pudding with a Caramel Sabayon and Mint."

It was a delightful afternoon with a focus on raising money for art scholarships, meeting new people, and learning a little more about the history of South Carolina.

One lady I met and thoroughly enjoyed getting to know was Winnie. 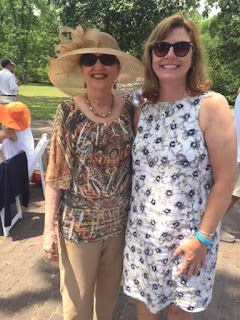 As iron sharpens iron,
so a friend sharpens a friend. Proverbs 27:17 NLT