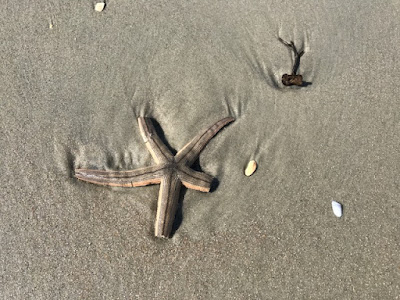 Hurricane Irma hit Murrells Inlet as a tropical storm. The storm ended with lots of tornadoes coming inland from the ocean. At one point late in the night, there were ten tornadoes back-to-back.

Last night, we walked along the beach and found lots of conch shells. People gathered large bags of shells. This morning I walked along the beach and found lots of starfish. Marine scientists want to change the name to sea star because it's technically not a fish. The starfish is an echinoderm which is related to sand dollars and sea urchins. There are over two thousand species of sea stars. Most only have five arms but there are some species with even forty arms.

One unique quality of the sea star is its ability to regenerate limbs or sometime entire bodies from a severed limb. It's able to do this because most of their vital organs are located in their arms. 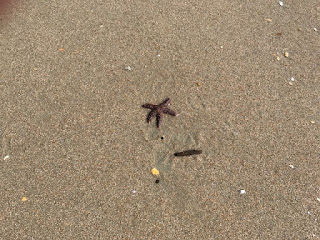 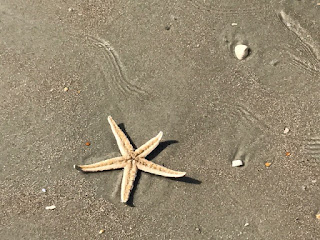 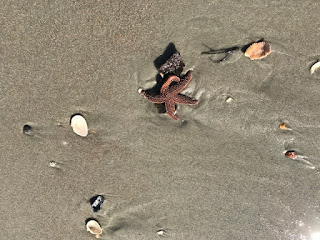 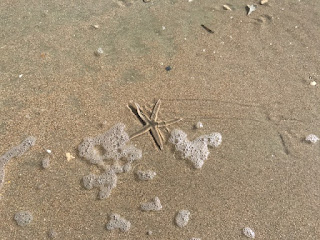 I felt sorry for so many starfish. I didn't know how long they could last on the sand. So, I began to find ways to return them to the water. It turns out I wasn't the only one concerned. There were other adults and even some homeschool children returning the starfish to the water.

Did it help? I don't know. But we felt like we were doing something beneficial. 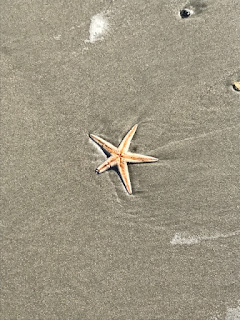 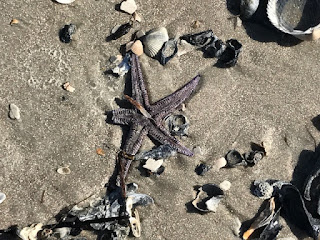 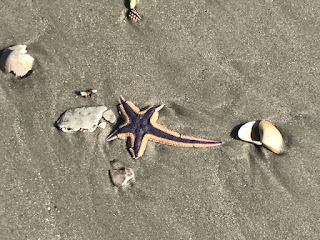 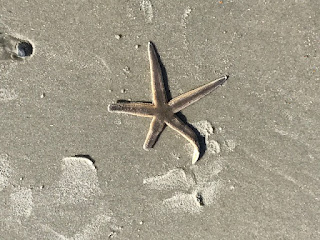 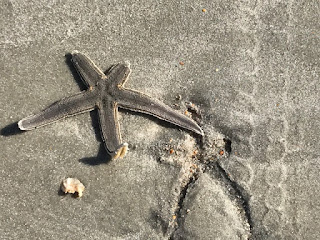 Genesis 1:21 ESV So God created the great sea creatures and every living creature that moves, with which the waters swarm, according to their kinds, and every winged bird according to its kind. And God saw that it was good. 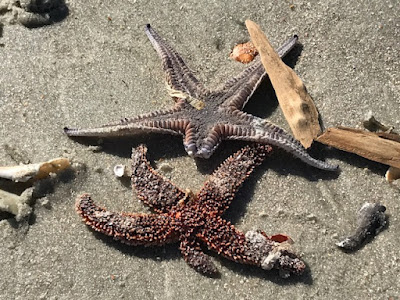