Chick-Fil-A Back in the News

This week in Birmingham, Alabama Chick-Fil-A displayed the biblical principals it believes in. As bad weather hit Birmingham this week, Mark Meadows sent his employees home. A few hours later many of them trickled back to work. The roads were so bad that they couldn't make it home. Their restaurant is about one and a half miles from the interstate where many cars were at a stand still. Mark and his employees fixed chicken sandwiches and distributed them to as many stranded motorists as they could. Later they opened the restaurant up for anybody who needed shelter from the storm, and the next morning they fixed chicken biscuits for people. They did all of this without asking for any money.

I'm so proud of Mark and the other Chick-Fil-A employees who gave food and shelter to those stranded in the winter storm. 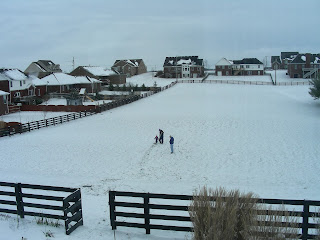