From my back deck you can see the park, and a sidewalk follows our property line. Every day somebody is walking or riding their bikes on this sidewalk. 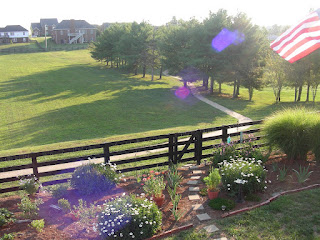 Yesterday I glanced up and saw a neighbor stop and look at my pink Cosmos. I love to grow Cosmos, but I usually have pink, purple and white. This year I only have soft pink. I started them from seeds in the spring and was surprised to see their light color. I was touched to see somebody stop and appreciate their beauty. 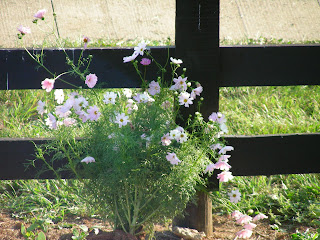 Later that night I ran into this same neighbor as we walked our dog. She stopped and asked me about my garden.

Such a simple thing connected us. It makes me wonder how many simple ways we can reach out and connect with others.

Matthew 28:19
Therefore go and make disciples of all nations, baptizing them in the name of the Father and of the Son and of the Holy Spirit...

Jesus told us to go out and make disciples. Maybe it's as easy as sharing an appreciation of a flower.
at August 29, 2012 No comments:


Check this out. They are great and seem like such real people too.
Hope you all are having a great day!
at August 22, 2012 1 comment:

The Law, Books, and Life: Mackinac Island: Now & Then + Giveaway

The Law, Books, and Life: Mackinac Island: Now & Then + Giveaway:

Mackinac Island. It’s a magical place that allows you to step back in time from the moment you first step off the ferry. Authors Cara Putman and Melanie Dobson have teamed up for a tour of the island, now and then. Comment at each stop for a chance to win a copy of one of their books set on Mackinac Island. You’ll find the list of stops here. Share the tour on twitter, Facebook, pinterest and other places, and you’ll gain extra entries for the grand prize of a copy of each of their books and a 5 slice box of Murdick’s Fudge, straight from Mackinac Island. Just be sure to email Cara at cara@caraputman.com, so she can record your entries.

Growing up in Ohio, I always wanted to visit Mackinac Island where there are no cars, where I could freely walk and bike and explore. Researching and then writing Love Finds You in Mackinac Island, Michigan was truly a dream come true for me. From the moment I stepped off the ferry and heard the clip-clopping of horses’ hooves along the island’s historic Main Street, I was transported back a good hundred years. Pronounced “Mackinaw” like Mackinaw City (but spelled differently so the post office could differentiate between the island and town), Mackinac Island is a place that time seemed to forget. The diverse history on this island goes back hundreds of years, when Native Americans considered the island the home of their Great Spirit and local tribes gathered there each summer to fish. In the 1700s, lucrative French and American fur companies made their homes and millions of dollars on Mackinac until the British took over during the War of 1812 and held the island for three years before returning it to the United States. Then, in 1819, the first steamship of tourists arrived. The tourists have never stopped coming.

Cara Putman: A Wedding Transpires on Mackinac Island
I didn't grow up aware of Mackinac Island. I wasn't even sure what I was getting into the first time we drove the ten hours from Lafayette, Indiana to the tip of Michigan's mitten. I knew is it took a long time to reach this tiny dot on the map. It didn't take me long to learn the island had worked hard to preserve a feel of days long ago. It took even less time to fall in love with this retreat. We've stayed at the Grand, in B&Bs and in Mackinaw City. Each time, I couldn't wait to reach the island and explore its roads, shops, and Fort. It was only natural that it became the perfect place to set a contemporary romance.

A Wedding Transpires on Mackinac Island: Join attorney Alanna Stone as she returns home despite her determination to never set foot on Mackinac Island again. Once again in close proximity to Jonathan Covington, her first love, she vows to protect her privacy and her heart from the man who still makes her pulse race. But when her worst fears are realized and history repeats itself—landing her in the midst of a murder investigation—Jonathan may be her only hope. Will they be able to lay aside the past and let God heal their hearts, or will reconciliation come too late? Read the first chapter here.

Love Finds You on Mackinac Island: It’s the height of the Gilded Age, but Elena Bissette’s family has lost most of its fortune. The Bissettes still own a home on fashionable Mackinac Island, and they spend summers there in hopes of introducing Elena to a wealthy suitor. Quickly tiring of the extravagant balls at the Grand Hotel, she spends her days walking along the island’s rugged coastline. There she meets Chase, a young fisherman who invites her to watch the ships from an abandoned lighthouse. The two begin to meet there in secret, hoping to solve a decades-old mystery. Meanwhile, Elena’s mother contrives introductions between Elena and the island’s most eligible bachelor, an elusive millionaire named Chester Darrington. When Elena’s two worlds unexpectedly collide, she will be in for the surprise of her life.

It's between you and God


Kent M. Keith wrote this when he was 19 and a sophomore at Harvard College. They became know as the Paradoxical Commandments. He wrote them as part of a book for student leaders entitled The Silent Revolution: Dynamic Leadership in the Student Council which was published in 1968.


Mother Teresa put the Paradoxical Commandments up on the wall of her children's home in Calcutta.

If it was important to Mother Teresa, I thought it was worth considering. 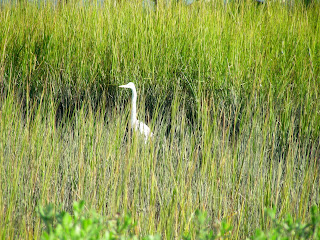 And he's out of here

Scott went with us to the beach for a few days before we began to adjust to our new summer routine.

One thing I learned this summer, Scott never worries what the house looks like when friends come over. All three of us worked this summer, and we'd be in and out of the house at different times. When Scott wasn't working he usually invited a friend over, or he'd go off with them somewhere.

Before Tim and I invite friends over, we want the house to be clean and orderly. I wonder how many fun times we've missed because we were too tired to clean thoroughly.

So one thing I hope will stick with me from this summer is that my house doesn't have to be perfect before I have friends over.

I will try to relax and invite friends more often. 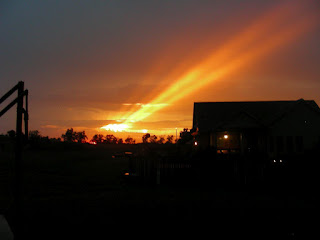 Flag of the week

Here's this week's flag of the week. We've been to Indiana, Alabama, Florida, Kentucky, and New York City.

This flag was seen in coastal North Carolina. 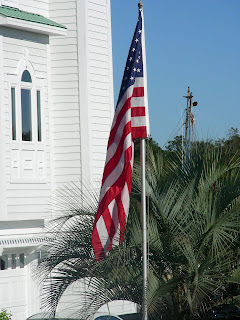 
I'm sure you've read that the fat around our bellies is hard on our hearts. So if you've gained a few pounds over the years, it's a good idea to get it off for better heart health.

Here are a few tips.

This is the best time of year for fresh fruits and vegetables. I've started going to our local farmers' market, and we're trying to grow tomatoes, peppers and cantaloupe.

I've recently inherited some antique dishes. It's amazing how much smaller the glasses, cups and plates are.

We need protein to help prevent bone and muscle loss.

My oldest son was born with a heart murmur. His pediatric cardiologist told me not to salt his food and he'd never acquire a taste for too much salt.
Many processed foods have high amounts of sodium. Too much salt may increase your blood pressure and leave a feeling of bloatedness.

5. Don't cut out all treats

If you deprive yourself of your favorite treat, you'll feel deprived and it'll be harder to stick to your healthy eating habits.

I know it's hot outside, but try to get out and find something you enjoy. Dust off your bike or go for an invigorating walk. 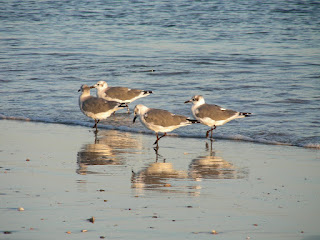 I hope you enjoy the rest of your summer!

This has been an eventful week around my home. God has touched us in a very special way, and I am so thankful.

My son, Scott, and two of his colleges friends, Randy and Griffin, planned a short trip to Canada. They move back to college next weekend and wanted to do something fun before summer was over.

Scott was supposed to drive and the others would help pay for gas.


Wednesday morning was not our normal morning. Tim left early for a meeting. While I washed dishes I prayed about the trip to Canada. Then I headed to the store. Scott left last to teach tennis lessons.
As I walked into work my cell phone rang, and it was Scott. He told me he'd wrecked his car in a freak accident. Freak enough that the door ended up on the hood of the car. So it would have to be towed.
After much stress and many phone calls, we got the car towed and an estimate of $2500.00. We were sick, but what can you do?

I got home from work and hugged on Scott and we discussed what happened. Scott is very conscientious, and this is not the type of thing that normally happens to him.

Shortly after this, his friend Randy shows up and says he just hit another car at work. I thought he was joking at first. He said at his summer job, nobody EVER parked in the space behind him. That was a first.

You may remember, Wednesday was support Chick Fil A day. So we went there for dinner. After we sat down, Randy and his family showed up. We talked a little, and Diane, Randy's mom, asked how I felt about the guys trip to Canada.

Ow! I felt a little unsettled, but a week ago I'd been fine.

By now, Griffin is going to drive. Last night I talked to Scott about how tired Griffin may be driving so early on Friday morning. Scott assured me he'd stay awake, but Griffin is the kind of person who functions on 3-4 hours of sleep.

More praying. By now I'm asking God if Scott and Randy's accidents were a sign that the guys should not go on this trip. Or was it a freak accident.

This morning Griffin got up at 5 o'clock and headed over to my house from the next town. He fell asleep driving and totaled his car. He was taken to the hospital for minor injuries.

Three accidents in less than 48 hours. God has gotten our attention.

I don't know what would have happened to these guys if they'd gone on their trip, but it would have been bad. We may never know this side of heaven.

What I do know is I'm praising God for his patience with us.

What an awesome God we serve. 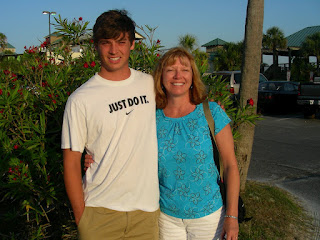