Samuel Rodriguez challenges us to be light in a dark world. I'd like to share this quote with you today.

"Every person on the planet either shines light or facilitates the expansion of darkness.

My mission is simple. I want to be a light.

I want to be light in a very dark world.

I want to be light by recognizing the image of God in every human being.

I want to reconcile righteousness with justice, sanctification with service, holiness with humility, conviction with compassion, and truth with love.

In short, I want to change the world. And I want you to join me." Samuel Rodriguez

In Samuel's speech at Asbury University's 2016 graduation and in his book he challenges us to be light in a dark world. If you ever have an opportunity to hear this man speak, go. He also has a book out, Be Light.

I think the first step for us to be light is to get into the word of God.

"No one lights a lamp and puts it in a place where it will be hidden, or under a bowl. Instead they put it on its stand, so that those who come in may see the light." Luke 11:33 NIV

Today I challenge us all to find some way to be light in a dark world. It can be as simple as saying a kind word to a friend, store clerk, or a waitress. I'd love to hear how you find ways to be light. 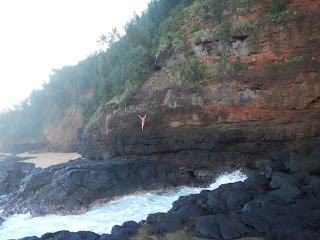 Going Up South by Janet Ferguson

My good friend, Janet Ferguson, has a new book out. I'm not going to give a book review today, but I'd like to encourage you to get a copy of this story.

Here are a few tidbits about Going Up South.

ABOUT THE BOOK:
No one told him he had a son.

Actor Dylan Conner is furious. Not only has he been left out of his child’s life, the baby boy has been given another man’s last name. Determined to be a better father than the sorry guy who’d left him and his mother, Dylan fights to ensure a significant place in his son’s life. Unfortunately, his bad-boy reputation overshadows his good intentions. Only one woman in this small town sees beyond his Hollywood image. And he’s falling for her. Too bad she’s the custody mediator.

After her scandalous divorce in the small town of Oxford, Mississippi, attorney Cassie Brooks has no intentions of practicing law again. The humiliating experience left a bitter taste for love, marriage, and her profession.

Now friends need Cassie’s help in a custody negotiation, and her role demands she remain objective. She never expected to be drawn to Dylan Conner—the actor who everyone warns is bad news. Not only is the mediation at stake, but so is her heart.

ABOUT THE AUTHOR: Janet W. Ferguson grew up in Mississippi and received a degree in Banking and Finance from the University of Mississippi. She has served her church as a children’s minister and a youth volunteer. An avid reader, she worked as a librarian at a large public high school. Janet and her husband have two grown children, one really smart dog, and a few cats that allow them to share the space.


You can find Janet's books at the following places: 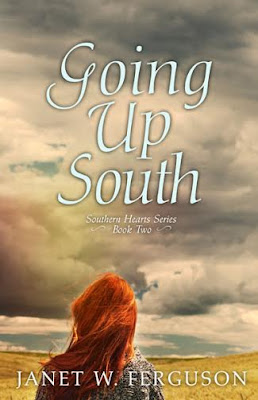 
If you don't have a place to hang a flag, there are many creative ways to show your patriotism. 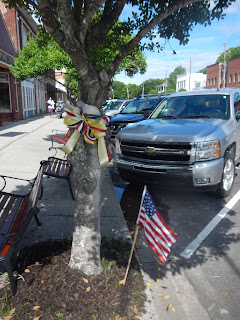 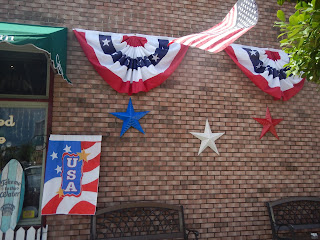 Love your country. Your country is the land where your parents sleep, where is spoken that language in which the chosen of your heart, blushing, whispered the first word of love; it is the home that God has given you that by striving to perfect yourselves therein you may prepare to ascend to him. ~Giuseppe Mazzini

Email ThisBlogThis!Share to TwitterShare to FacebookShare to Pinterest
Labels: Patriotism

A friend and I were talking about how much more elaborate weddings are now than years ago. Instead of a bridal luncheon, the bridesmaids go away for a weekend to Destin or Atlanta or another fun destination.

Guys don't go out drinking the night before, at least not the guys I know. They go to ballgames, play golf, or run a Tough Mudder. If you've followed my blog for long you know my son, Scott, is getting married later this summer. My other son, Bill, is best man. So Bill asked the groomsmen if they'd be interested in running the Tough Mudder at Kentucky Speedway. Most everybody said yes and was able to make it to the race.

They left town at 6:30 A.M. Sunday morning. The weather forecast was HOT with the possibility of setting a record, but that didn't deter these guys. They drove from as far away as The Outer Banks, and one of the guys was leaving for Europe after the race. They stepped out of their normal lives to celebrate Scott's passage and to grow closer as friends and family. 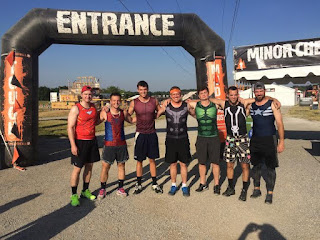 Nathan, Garrett, Scott, Bill, Bradley, Jordan, and Patrick are lined up here before the race in the Super Hero shirts. It was already hot, but the fun was just about to begin.

Even though it's called a race, it's more about friendship. You work together with your teammates against obstacles to reach the end. The guys claim it's fun, I won't argue. It's also a challenge you get to share with your friends, and I know there's nothing like a challenge to bond a friendship.

Iron sharpen iron; so one man sharpens another. Proverbs 27:17 I believe there may have been some sharpening on Sunday. 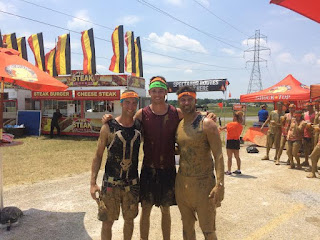 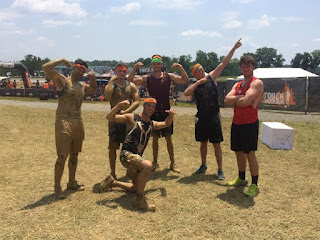 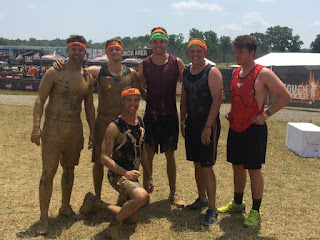 Ecclesiastes 4:9-10 Two are better than one, because they have a good return for their work; If one falls down, his friend can help him up. But pity the man who falls and has no one to help him up!

I don't know about you, but I believe these guys will be friends for life. 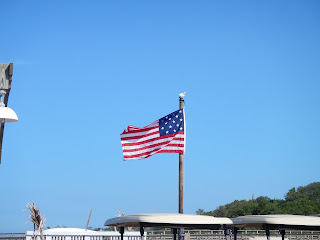 “Here is your country. Cherish these natural wonders, cherish the natural resources, cherish the history and romance as a sacred heritage, for your children and your children's children. Do not let selfish men or greedy interests skin your country of its beauty, its riches or its romance.”
― Theodore Roosevelt
at June 13, 2016 No comments: 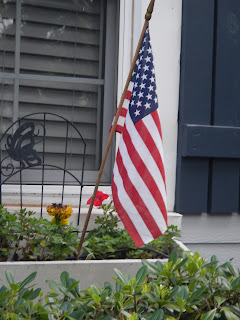 Today I'd like to share a quote from Mark Twain. “Loyalty to country ALWAYS. Loyalty to government, when it deserves it.” I'm not sure what he'd think about our country today, but I'll remain loyal to the USA.

Spreading the Word One Shell At a Time

Saturday we went for a walk on Holden Beach. No matter how many beach trips we take, I can't help but notice the shells.

This time I noticed something different. There was a message in a shell. 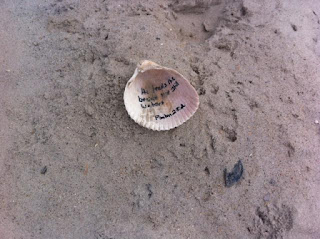 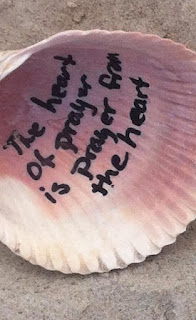 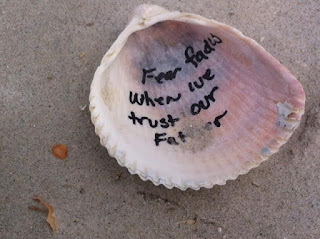 I walked a little farther and found more shells with scripture and inspirational messages. 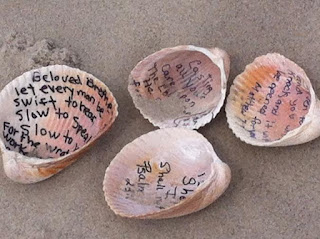 And then I found this... 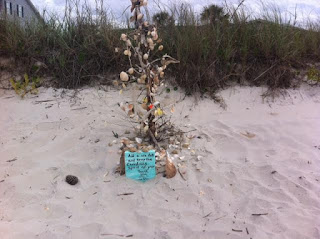 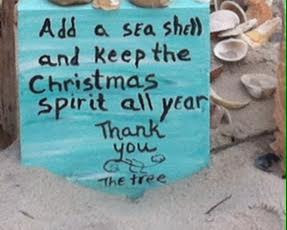 Acts 2:32 NIV says, "God has raised this Jesus to life, and we are all witnesses of it." Whoever thought of these shells found a creative way to share the word. I hope we can all find ways to spread the Good News.
at June 02, 2016 2 comments: