My good friend, Janet Ferguson, touched on the tough topic of human trafficking in her novel, Tackling the Fields.

On July 30, Tackling the Fields is free on Amazon to bring awareness to the issue. 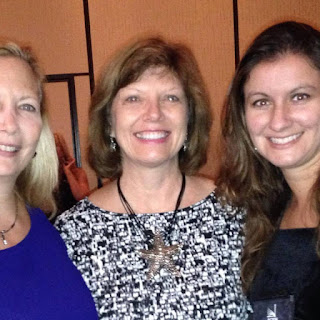 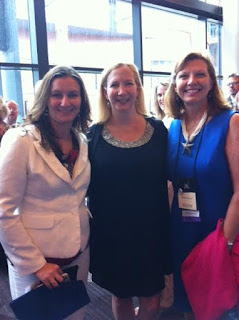 I know this is a tough issue to think about, and I asked Janet why she included it in her book. Here's her response:

​Though Tackling the Fields deals with tough issues, it is a clean story--a story of grace and healing, so don't be afraid to read it.

I forgot how hot it can be living in the South. The best time to walk is early, and it doesn't take much to work up a sweat. But I find I don't mind so much. There's so much beauty around us, and I hate to complain about the heat.

I hope you're able to find time to slow down and maybe enjoy God's beauty during these hot days of summer. 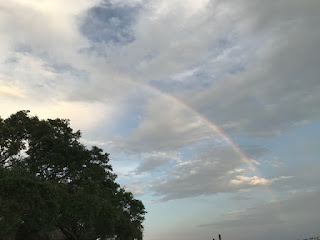 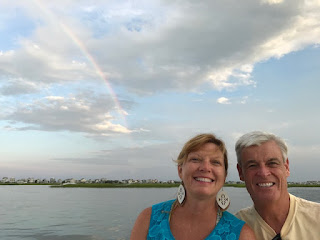 Castles in the Sand

I'm always delighted to spot a sandcastle as I walk along the beach. I know from experience they can take a lot of work. I also know they can be tons of fun. 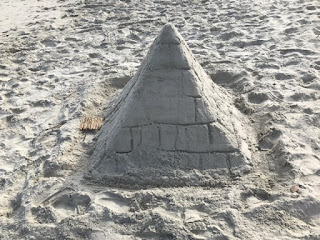 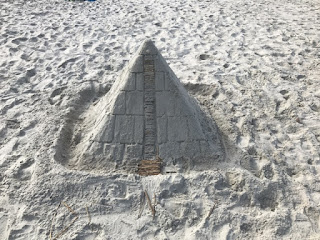 The builder of this pyramid took the time to add steps.


Why do people build something that they know in a few hours the tide will wash away or some kid will stomp on and destroy?

Sometimes I think it's fun to put your creative juices to work with no long-term plan. Enjoy the moment of singing, writing or building a sandcastle.

Some people build with great detail, and others take the minimalist approach. 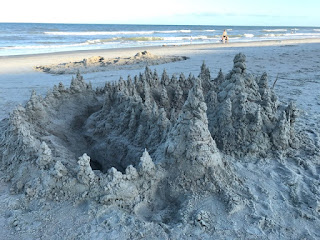 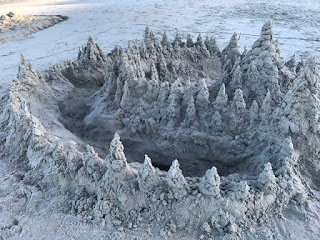 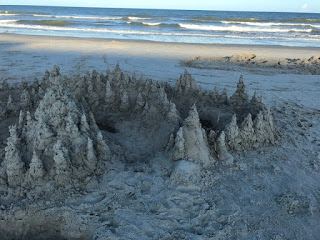 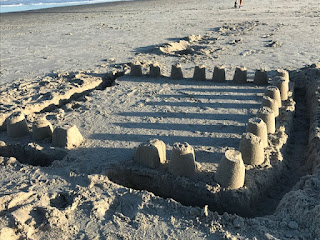 Whatever you do, work at it with all your heart, as working for the Lord, not for human masters, since you know that you will receive an inheritance from the Lord as a reward. It is the Lord Christ you are serving.

Whatever you do today, remember to work at it with all your heart whether it's existence is fleeting or eternal.
at July 18, 2017 4 comments:

Email ThisBlogThis!Share to TwitterShare to FacebookShare to Pinterest
Labels: Colossians, Sandcastles, working for the Lord 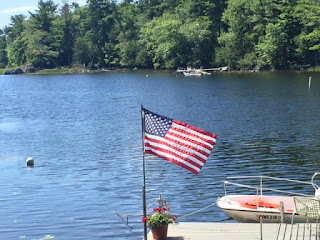 Happy 4th of July. I hope you all find time to celebrate our great country.

Thanks to all the service people and veterans who've kept us safe over the years. Thanks also to the cops and fire departments and EMTs who work to protect us.

I love living in America and feel blessed to be here. 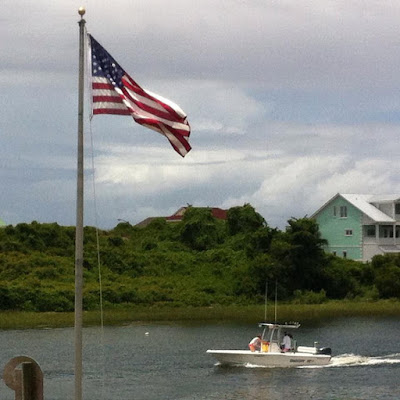