We've all heard the story of Betsy Ross making the first American flag. 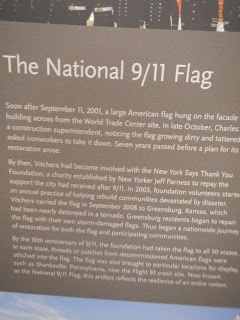 On Sept. 13, 2001 an American flag was hung on scaffolding across the street from where the World Trade Center had stood just days earlier. Because of smoke and debris, the white stripes soon turned gray and dirty. Charlie Vitchers, a construction superintendent for the clean up crew, had the flag removed so it could be retired with honor. Charlie stored the flag in a shed until 2008. Charlie was a volunteer with the New York Says Thank You Foundation, and they took the flag to Greensburg, Kansas a town that had mostly been destroyed by a tornado. While the volunteers helped the community of Greensburg, a group of senior citizens began to stitch the flag back together. In the missing gaps of the World Trade Center flag, the ladies sewed American flag pieces destroyed by the tornado. Thus began the journey of restoring The National 9/11 Flag.

Between 2008 and the tenth anniversary of 9/11 the goal became make the flag whole again. Survivors of the Fort Hood shootings sewed a patch on. WW II veterans sewed the Hawaii patch on. 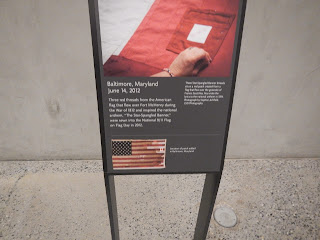 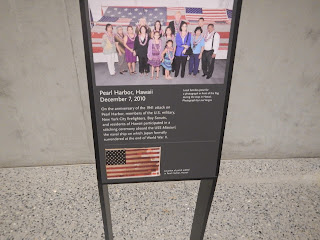 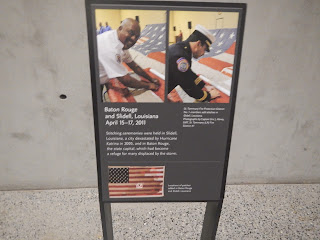 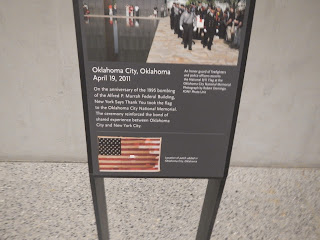 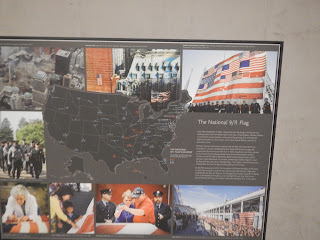 A patch from Georgia came from the retired flag that flew over Martin Luther King Jr.'s grave.

Blue threads were sewn onto the flag that President Lincoln was placed on after being shot.

Survivors of the Oklahoma City bombing and Hurricane Katrina added to the flag. The flag toured the United States and on Sept. 11, 2011 The National 9/11 Flag was raised in Joplin, Missouri. The journey was complete.

On May 21,2014 the flag completed its journey and can now be seen in the National September 11 Memorial Museum. 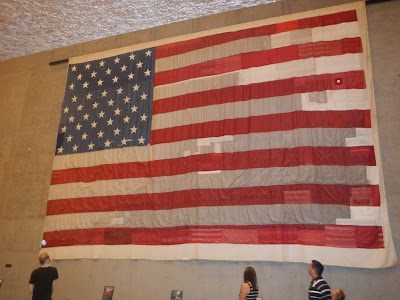 Email ThisBlogThis!Share to TwitterShare to FacebookShare to Pinterest
Labels: The National 9/11 Flag